How do I stop thinking others are better than me because they have friends and I’m lonely?

How do I stop thinking others are better than me because they have friends and I’m lonely?

The question above was asked on Quora recently. Below is my answer.

You have the illusion, common in the Western world, that you control your mind or thoughts.

Let me show you that you don’t.

I’m going to make you think of a specific word. And I’m not going to say the word. Ready?

Mary had a little xxxxx.

Most people reading this will have the word “lamb” in their thoughts about now.

Okay, now try to get rid of that thought of “lamb.” Just to help you, here’s what you’re trying not to think about: 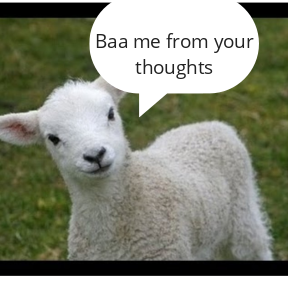 Think really hard until it’s completely gone. And check that it has really gone.

Again, most people can’t do this.

You won’t get rid of the thought that others are better than you, when your evidence for that proposition – that they’re better than you – is that they have friends and you don’t. As long as that state of affairs persists, what are your choices?

Get rid of their friends? Unethical.

Get rid of those thoughts? Won’t work.

Make friends yourself? Maybe. But I bet you’ve already tried that. Let’s face it, some people are good at making friends, and some people, like me – and I suspect you – are not good at it. (Or unlucky. Like finding love or a satisfying job, there’s a lot of luck involved in finding and making friends).

So here’s what I’d suggest.

1. Defuse from your thoughts.

2. Turn in the direction of fulfilment and meaning in your life.

3. Accept the pain of loneliness.

1. Defuse from your thoughts

I mentioned above that you are suffering because of the illusion that you can change your thoughts. Or that others can, so therefore you should be able to. But there’s another illusion conveyed by your question that is even more pernicious than the Thought Control illusion.

This second illusion is that you can treat the personal qualities of people as if they’re functionally the same as physical qualities of objects. They’re not, but a lot of people, including pretty much the whole sports, fashion and entertainment industries, treat them like they are.

Which screwdriver in this picture is best? 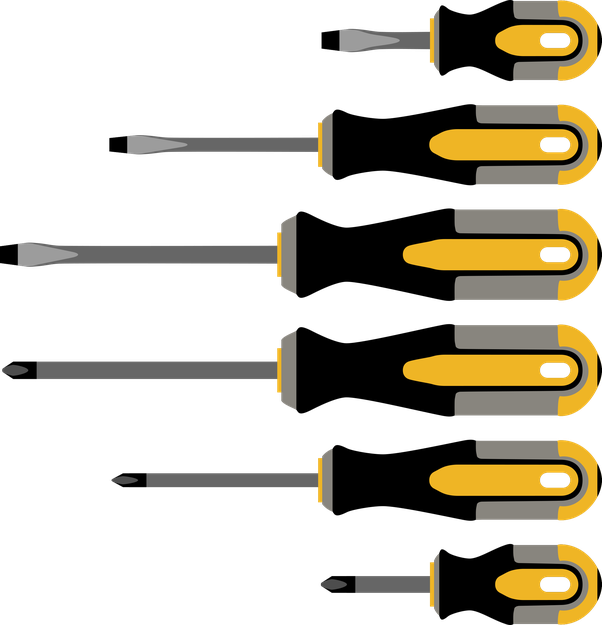 Unfair question, right? You can’t answer that question until you know what purpose I have in mind for the screwdriver! Tight working space – use one of the stubby ones. Need leverage? Use the longest one, if there’s room. But wait… Phillips head screw or slot?

The context of purpose needs to be established before you can answer my question.

Now if you’re working in a tight space removing a Phillips head screw on a Daikin air-conditioner in your daughter’s poky upstairs bedroom on a 35°C Melbourne day like I was a couple of hours ago, you want the bottom one. But that decision was given to me by the context I was working in.

So here’s the question for you in relation to your friends: What’s your context? What is your purpose in life? The answer to this is something you get to decide. If you wish, you can make it ‘be more popular than Mark/Nancy/The Rock’.

But think about what making that your purpose in life and in having friends gets you. Endless comparison. Endless, because even when you’re the best, you have to look over your shoulder for Number Two. Or for ways to be better. You know what comparison is? 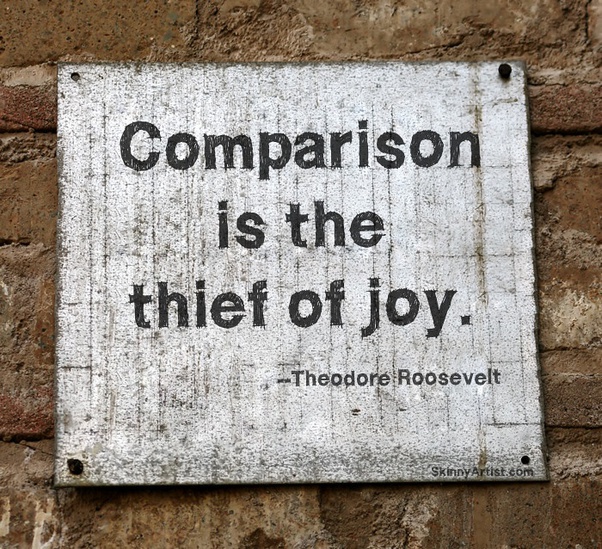 From an early Ted Talk.

[So much better than his ‘man in the arena’ quote IMHO].

Comparison works for physical qualities like ‘Screwdriver A is better than Screwdriver E for this job’. But ‘I am worse/less popular/less worthy/less beautiful/less wise than The Rock/Nancy/Mark’? Nuts! That train of thought is a one-way ride to misery.

You aren’t meant to be better/worse than anybody else, nor they than you.

You can only be you – “Everybody else is taken” – as another wise Insta-quote says.

Don’t fall for the Comparison Illusion. Not everything that your mind can do is worth your serious attention.

But your life is. (More on that in point 2 below).

So can we drop the two illusions? Not get rid of them (that would mean falling prey to the Control Illusion), but instead pay attention to what matters – you and your purpose in life.

There’s two components to doing this: Defusion and Redirection.

Defusion is the skill of distancing yourself from your thoughts. There are a lot of ways to to do this. Here’s a couple of the simpler ones:

1. Think the thought “I wish I was as popular as Mark”. Casually notice any experiences that show up next.

2. Now say to yourself “I’m having the thought ‘I wish I was as popular as Mark’.” Again, notice what you experience next.

3. Now say to yourself “I notice I’m having the thought ‘I wish I was as popular as Mark’.” And notice. Most people find that the original thought feels less ‘hooky’ or distressing once they’ve gone through these three steps

2. Turn in the direction of meaning and fulfilment

Redirection is the skill of turning your attention, and more importantly your efforts, in the direction of what you want to move Towards, rather than just moving Away from experiences you find unpleasant.

What probably had you ask your original question was a desire to move Away from the unpleasant experiences of loneliness and thinking that you’re not good enough. But you have an alternative to letting your life’s direction be decided by avoidance of discomfort. That alternative is to choose your purpose in life and then pursue that purpose in the presence of discomfort. In fact, as my colleague Brock Bastian explains in The Other Side of Happiness, the discomfort experienced in pursuit of what you value, may actually increase your sense of achievement in pursuing it.

Redirecting is simply making a choice. In each moment of your life you can ask yourself questions like “Am I doing this to avoid pain?” or “What actions would take me in the direction of my purpose right now?” or “What is best for me right now?” Those questions set the stage for choosing a different direction. But choosing that direction is easier said than done. The ingrained human habit of avoiding discomfort will try to persuade you that that’s a bad idea as my friend NeLi Martin explains in this video. The habit of ceasing to do what your mind, society and your history tell you to do in the presence of discomfort (run away!) requires practicing the skill of acceptance.

3. Accept the pain of loneliness

Not what you wanted to hear, right? But then, who would? Loneliness is not fun. I don’t know for sure, but I think loneliness and boredom are the two emotions humans will work most strenuously to avoid feeling.

However, this painful feeling actually has a message for you about your purpose: you are meant to be connected to people. The pain is nature’s way of reminding you of your humanity. We’re a deeply inter-connected, socially entangled ape. More so than all our primate cousins, we love hanging out and doing stuff together: 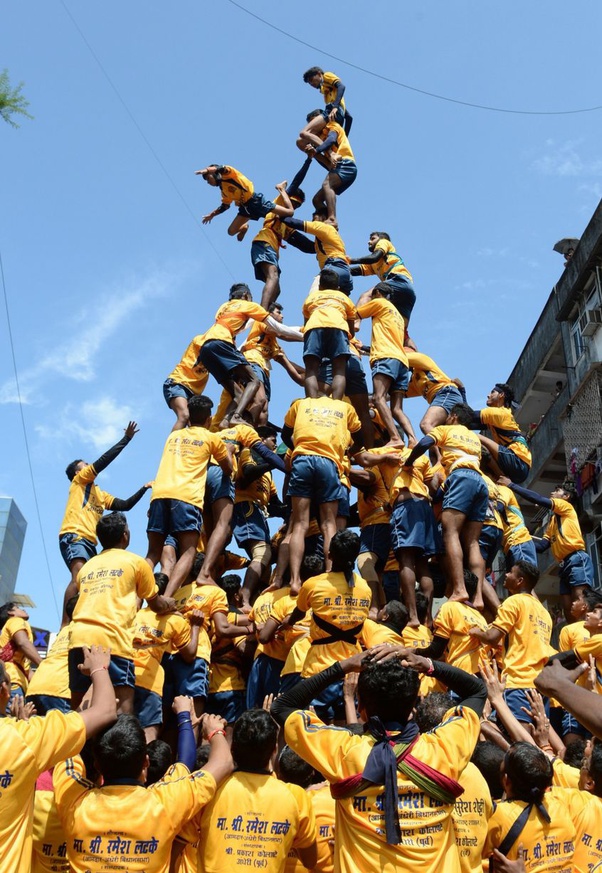 There are not enough bananas in the world to get any sensible orangutan, gorilla or chimpanzee to do this. More human pyramids.

There’s a very good reason solitary confinement is the worst punishment in prison. We need each other for our sanity. Other peoples’ presence in your life reminds you that you matter. However, it is not true that their absence means you don’t. That is just a circumstance, nothing personal. The falling tree still makes a sound even when there’s nobody around to hear it. You’re worthy no matter what.

But there may be a purpose for you in being connected to others. Your mission is to discover that purpose and carry it out. As you both discover it and fulfil it, the pain of loneliness will be there to remind you that you’re on the right path in pursuing it. Maybe the pain won’t always be there. Maybe sometimes it will be worse than other times. But the pain need never be as important as your purpose – as long as you are willing to make that purpose the most important thing by putting your attention and energy into it. Remember, you always get to choose.

And no judgement if you choose avoidance over acceptance. But as you practice making the distinction between avoidance (Away moves) and acceptance (Towards moves) you will start to notice that one approach leads to stuckness and frustration, while the other builds a sense of progress, contentment and confidence – a ‘rightness’ about your world and your place in it.

That sense of rightness lies on the other side of turning Toward the pain of loneliness. This is not a turning toward of tolerance or resignation, but rather a peacemaking embrace, a curious appraisal, a deliberate expanding of your world and your self such that the pain can be experienced as it actually is, detached from the horrifying consequences your mind scares you with – like these: 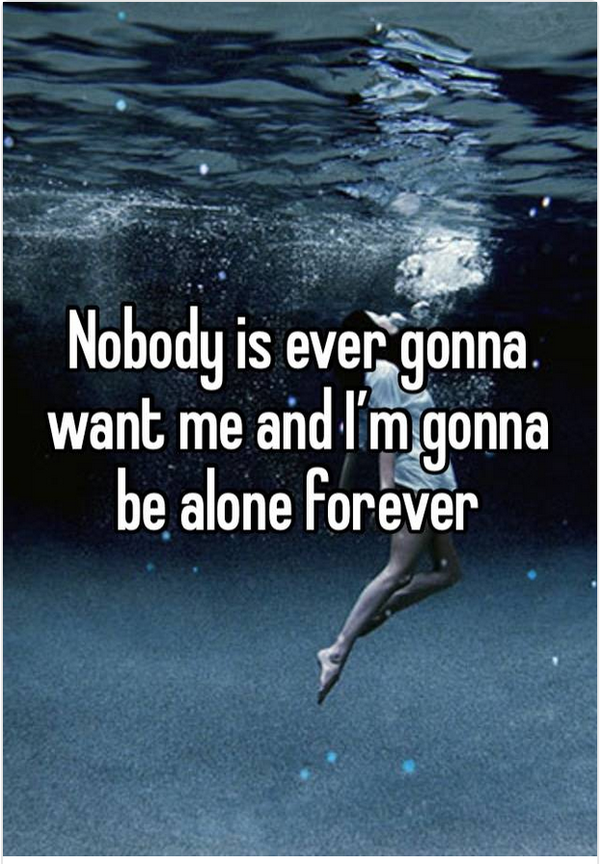 See I’m not asking you to embrace loneliness forever. I don’t know if you’re going to be alone forever. But here’s the thing – neither does your mind! When your mind comes up with crap like that above, it’s talking out of its fundament (definitions 1 or 2, not 3).

Neither you nor your mind has ever experienced forever. So you have no basis for making or going along with predictions about what’s going to happen ‘forever’ or ‘never’. But rather than argue with your mind about that [a pointless activity I call the Decision-Avoidance Trap], I invite you to go with this observation:

It feels how it feels.

It will last longer though if you feed it a steady diet of unwarranted conclusions and avoidance of your true purpose. In any case, with or without reaching the end of that feeling, you will always have the choice of moving in the direction of your life’s purpose. When would be the best time to start, do you think?